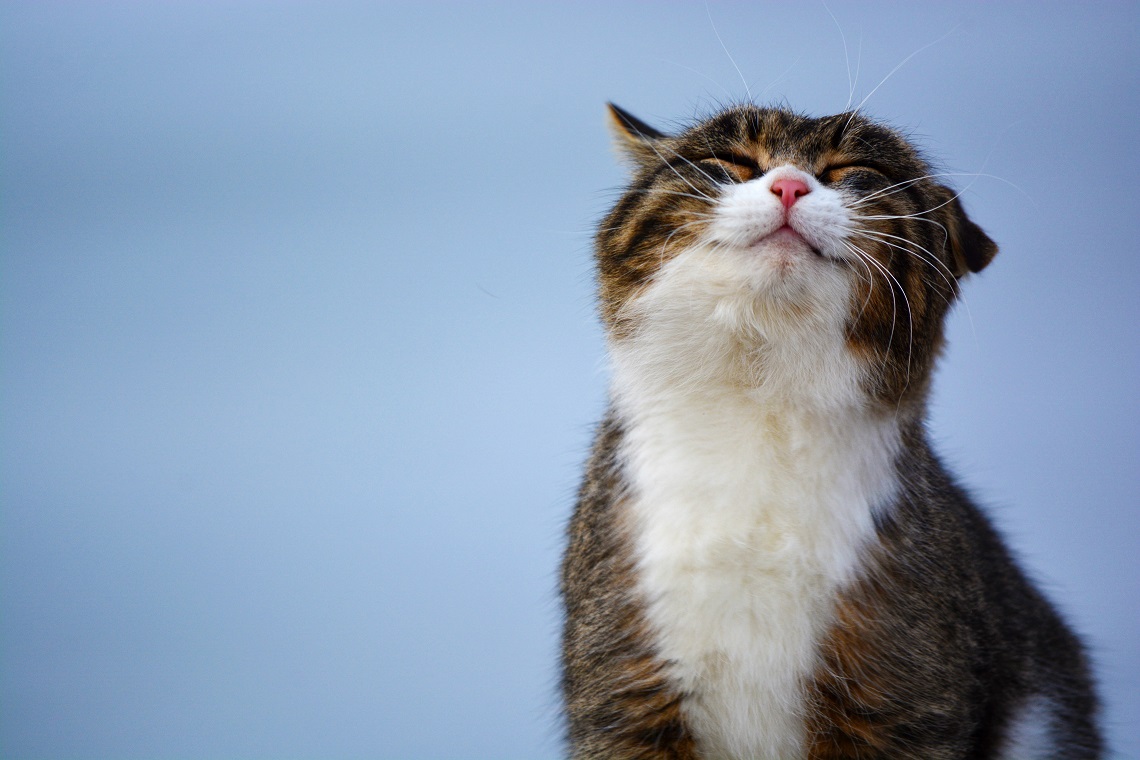 “Does my kitty love me?” You may have asked yourself this countless times. After all, your furkid’s signs of affection are subtle and aren’t as obvious as dogs’ ways of expressing love. Even though there are many ways that a feline can show love and affection, here are five of the most common ones:

When kitty bumps his head on you, it doesn’t mean that he’s being silly! This action is known as “bunting”, and it happens when they want to “wipe” their scent onto people and objects in order to signify ownership and affection. Scent glands are found particularly on the sides of the head, around the front paws and on the tail. This is why when Kitty bumps his head against your body, he is pretty much just saying “I love you”!

Don’t mistake Puss’ droopy eyes and slow blinking as a sign of boredom—these deliberate, slow blinks are the feline equivalents of kisses! It is a sign of trust, content and affection. To reciprocate, simply blink slowly back at them.

Have you ever received surprise “gifts” from your feline friend? Dead insects and pests are kitty’s way of showing you that she loves you. They are your cat’s hunting trophies, so to show her how proud you are, give her a good scratch on her head.

When kitty’s front paws start kneading the ground or you, this is actually a comforting action that it learnt during kittenhood. The rhythmic motion helps kittens with nursing, and some felines continue with this behaviour as a relaxing coping mechanism.

Another way of knowing if your cat loves you is through his tail. Loving felines often wrap their tail softly around those they're attached to, or hold it up straight with a slight curve at the tip.