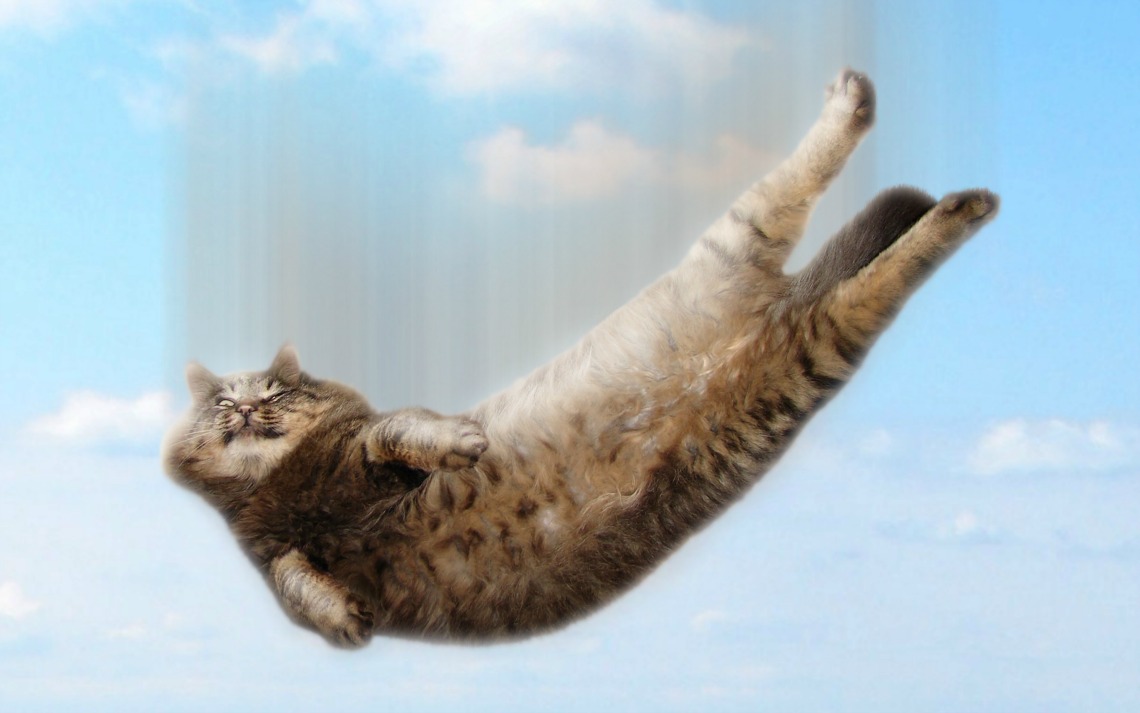 In 2012, a feline named Sugar fell off a 19-storey building in Boston, USA and escaped with only a bruised chest. Her paw-rent, Brittany Kirk, left the window slightly ajar to let the breeze in as it had been a particularly warm day.

Somehow, the curious kitty managed to climb out onto the ledge and fell 200 feet down. Miraculously, she dodged bricks and concrete and landed on a small patch of mulch.

How did Sugar do it? Can felines really survive falls from such great heights?

In 1987, a scientist studied 132 cats that had been brought to a New York City emergency veterinary clinic after falling from high-rise buildings. Some 90 percent of the treated cats survived, and only about 37 percent of those that survived needed emergency treatment to keep them alive.

One kitty that had fallen 32 stories onto concrete ground suffered only a chipped tooth and a collapsed lung. It was released from the hospital after 48 hours.

The truth is, cats have relatively large surface areas in proportion to their weight, so they tend to fall from great heights at a slower rate than larger mammals. When falling from high rise places, they are also able to twist their bodies to prepare themselves to land on their feet. This is known as an aerial righting reflex.

Their legs are long and muscular, and extend under the body rather than straight down (like a human’s legs), allowing them to absorb the shock during landing.

Although the chances for survival are pretty high, prevention is always better than cure.