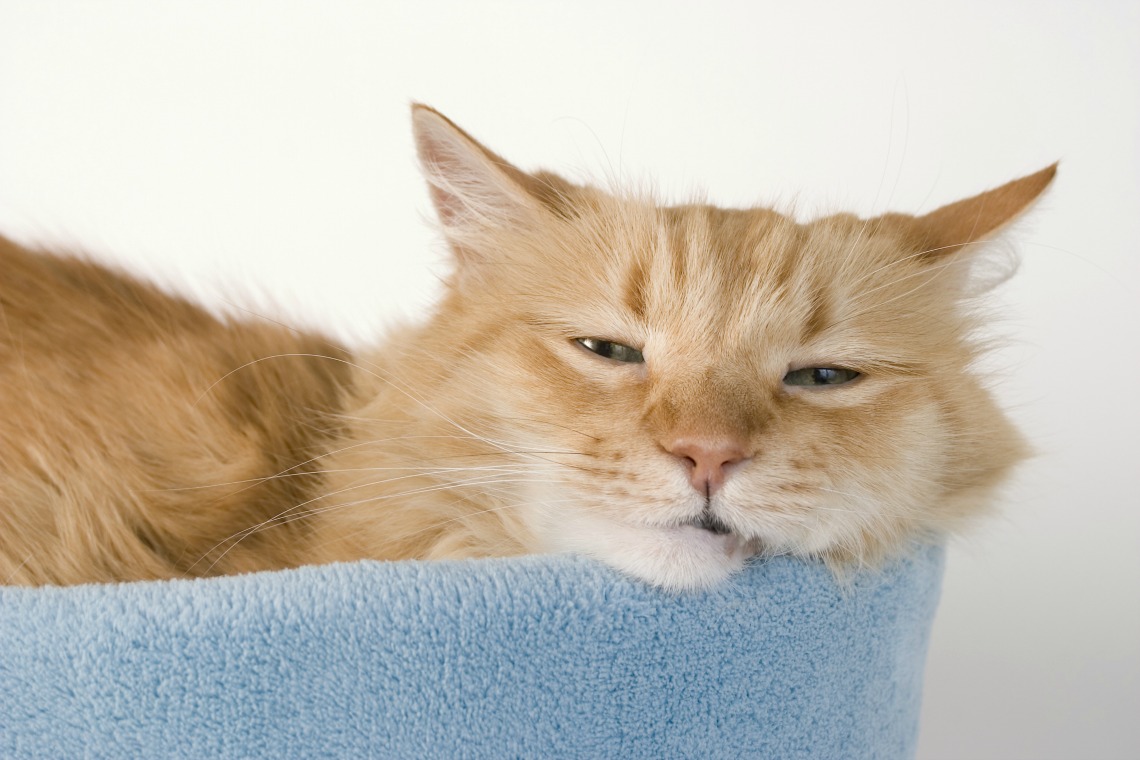 Cats are well known for being able to sleep for long hours on end, but why is it such a surprise when they start to snore? If you’re unsure if your feline’s snoring is just an unusual sleep habit or actually a symptom of an underlying health problem, here are some guidelines to help you out.

Much like humans, cats have sleep cycles. During the REM (Rapid Eye Movement) stage of sleep, your kitty’s brain activity levels are higher and can result in things like twitching whiskers and "running" movements. Their facial muscles may even jerk every once in awhile.

Felines also tend to have a deeper, non-REM phase of sleep, where they are fully relaxed. This is the time when many paw-rents hear their cat snoring.

Most of the time, snoring is not a medical concern if it’s not accompanied by any other signs of illness (like appetite loss or physical injuries).

Here are causes of feline snoring:

Snoring, along with nasal discharge, sneezing or sores may indicate congestion due to an upper respiratory infection.

Loud snoring, together with noisy breathing and coughing while your cat is awake could be signs of a tumour growing in your feline's nasal passage. Your kitty’s allergy to inhalants, food, bacteria or parasites can also cause him to snore as this condition may trigger a response in his autoimmune system–resulting in constricted nasal passages.

While snoring isn’t commonly found in felines, it’s generally considered as a harmless sleep habit. However, if Puss's snoring is accompanied by other unusual physical or behavioural changes, do take him to the vet to get it checked out.