Every local fish shop that you go to, you will be able to find these tiny delightful creatures that colour up your tank. The hobby is a fast-growing one as more and more aquarists are giving shrimp keeping a try. Due to their adaptable nature, these invertebrates can live in almost any freshwater aquarium.

Ornamental freshwater shrimps, also called dwarf shrimps, grow up to a maximum of 2cm. They are a lot more sensitive than fishes, and prices can range from just $2 to $2,000 an invertebrate. Generally, there are three main families of ornamental shrimps here in Singapore: the Sulawesi shrimps, Neocaridina shrimps and Caridina shrimps.

Among these three types, the Caridina shrimps are the only ones that would require a chiller in Singapore as they require an environment temperature of 22 – 26 deg C. As the cost of installing a chiller may be prohibitive, a novice hobbyist can turn to either the Sulawesi or Neocaridina shrimp variety.

Sulawesi shrimps are very beautiful wild shrimps that come from Indonesia. They will add colour into any tank in which they are placed in. While they don't require chilled water, they are considered one of the most sensitive dwarf shrimps in the market. However, they remain extremely popular these days because of their stunning colours.

The best choice for a beginner to start with is the Neocaridina shrimps. Suitable for both beginners and experienced aquarists, it is one of the hardiest and easy to keep. These shrimps can survive in a wide range of parameters and are very adaptable to changes.

They thrive in our tropical climate, and in no time, they start breeding in the tank, forming a colony that works as a very effective cleaning crew too.

Without a doubt, the most important part of their appearance is their colour. In fact these Neocaridina shrimps are graded (and priced) in accordance to it. The grading can range from the deepest red through to paler ones with red spots.

It's difficult to tell the males from the females in young shrimps, however as they grow older, the females will always be more colourful and larger. As the females mature, they will develop a saddle in the stomach area. This is where she hold her eggs before they are fertilised.

The lifespan is about a year, or slightly more if tank conditions are right.

When starting up a shrimp tank, it is vital to create a healthy environment for them first before introducing the shrimps into the tank.

This process takes roughly two weeks or more, and it's called the cycling process. It is recommended that you introduced nitrifying bacteria into the tank to start the process.  They serve to break down the harmful substances inside a tank and create new beneficial bacteria that can break down organic waste quickly. Organic waste is very poisonous to shrimps.

If you like to introduce some plants into your tank, having a thicker substrate layer allows the plants to take root in the soil. Once the cycling process is completed, some shrimps can be added to test the tank before adding more shrimps.

The habitat itself should emulate their natural conditions in the wild as closely as possible. These invertebrates thrive in densely planted aquariums that have lots of great hiding crevices and moss. Driftwood can be added to the tank as the shrimps will nibble the algae from it.

The shrimps eat plant matter debris, and these can form a reasonable part of their diet. Moss is recommended in the aquarium as the shrimps can groom and hide within it. Java moss is a firm favourite for this purpose. Remember, when the shrimp feels safest, they will present themselves with the brightest colouration.

These tiny creatures have a peaceful and non-aggressive disposition, and have no real means to defend themselves. As such, tank mates to consider for these creatures include: freshwater snails, catfish, small plecos, dwarf gouramis and small tetras.

Shrimps are scavengers and will eat pretty much anything they come across in a tank. As omnivores, they will gobble up both meat and plant matter.

If you are feeding commercial shrimp feed, make sure it does not break down easily. Bits of crumbs can seep underneath the substrate, forming ammonia pockets that can be harmful to the shrimps if not cleaned up.

Overfeeding is another common cause of death, so do not feed them more than they can eat in two hours. In established tanks where there is plenty of algae and biofilm, dwarf shrimps may not need extra food at all.

Besides fish or shrimp flake foods and pellets, dwarf shrimps will also eat blanched vegetables as well as algae wafers or pellets. If you plan to feed vegetables, make sure they are chemical free and blanched to soften the leaves. This makes it easier for the shrimp to chow down on them. After an hour or so, it is a good habit to remove any leftovers.

Avoid adding too many chemicals that buffers your water. This is only good for a short period, as once it expires, it can crash the tank and cause the early demise of the shrimps. Pesticides and perfumes also should not be used near the tanks as they can kill the shrimps in an instant.

Plant fertilisers, when dosed extensively, is also detrimental to the health of the shrimps. Plants that work very well with shrimps include Anubias, Ferns and Bucephalandra.

Overall, it's best to keep things simple and easy, and always make sure to cycle your tank before adding in the shrimps. Yes, it gets boring during the cycling process, but done correctly, you will be rewarded with a successful shrimp tank to admire.

Madshrimp started back in 2016 and remains one of the biggest in the South-east Asian region. They work with different farms all over the world to bring the best shrimps to Singapore.

What started as a FaceBook group to facilitate knowledge sharing and shrimp trading between hobbyists has since expanded to include distribution, quality shrimp keeping products and livestock. They also work with local R&D teams to develop solutions to help make the shrimp keeping experience a lot easier.

They are hoping to organise a Neocaridina competition in Singapore later in the year – but this remains in the pipeline waiting for the situation to get better. 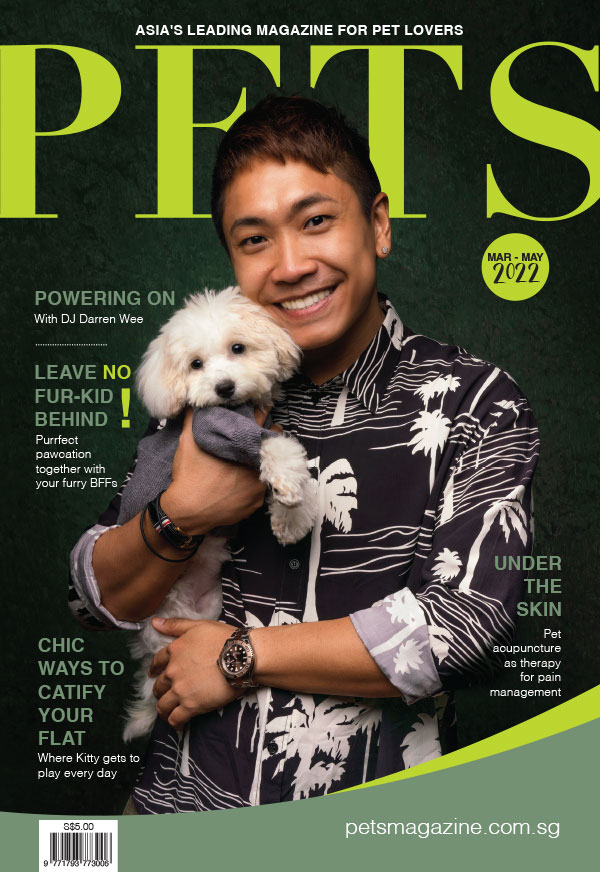